Napoleon Perdis DeVine Goddess Lipstick is highly pigmented, luxury lipstick with a super smooth texture and intoxicating fragrance. I cannot get enough, and luckily there is a unique range of hues that I will be sure to get more of. Also, similar to Smashbox lipstick, the colors mix well with one another, allowing the beauty connoisseur to create exciting new hues all her own.

Not only is the lipstick super high quality, but the collection is all about Goddesses, which I am all about. The boxes that the lipstick comes in say, “Born to Be Worshipped” on the back, can you believe it? And each DeVine Goddess Lipstick is named after a different mythological Goddess.The theme has me, just as much as the actual lipstick does.

The tubes that the colors come in are definitely unique; they kind of have a glassy, art deco feel. They don’t fit in my lipstick organizer, which I always find a bit upsetting. But these lipsticks are so delectable that I suppose they deserve places all their own on my boudoir table. Because the cases are unconventional, I suggest being extra careful when twisting the lipstick up and applying. I broke my Calypso almost immediately, by twisting it too far up and pressing too hard on my lips. Guess I was excited. I also recommend blotting once or twice, after application, in order to avoid getting lipstick prints all over everything. Unless you are into that sort of thing.

Pictured below from left to right, we have Aphrodite, Xenia, and Calypso. 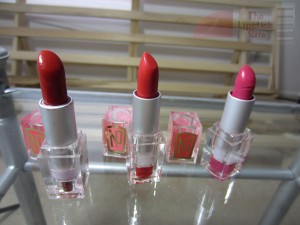 I love each of these colors, both in and of themselves, as well as with my complexion. I have had Aphrodite the longest, and it is definitely one of my all-time favorite reds. I would call it a deep, true red. Really rich pigment, and a kind of femme fatale vibe. I just recently received Xenia, which I foresee quickly becoming one of my most-worn colors. It is what I’d call a berry red; red with just a hint of magenta. It would look good on anyone who looks good with berry-colored lips; really pretty, flirty, and sexy. At first glance, it appeared to be too similar to Aphrodite, but the hues are actually quite different. Calypso is a deep pink, with a definite hint of magenta. If it were any lighter, it might not look good on me, but the hue is deep enough that it works really well.

Here are some more photos, including swatches. As always, click to view larger: 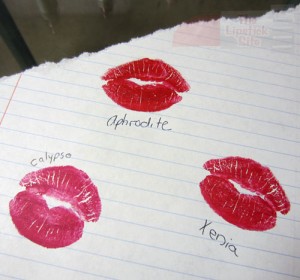 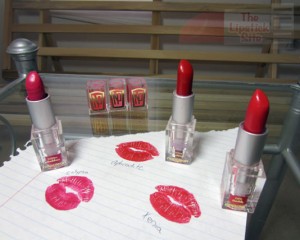 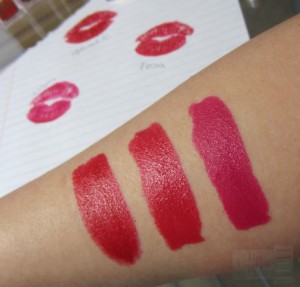 Overall, I would highly recommend Napoleon Perdis DeVine Goddess Lipstick. If you are a makeup lover, I’d dare to suggest your collection is incomplete without at least one tube of this stuff. Napoleon Perdis also makes some of my absolute favorite lip glosses, which I hope to do a separate review of, at some point. Finally, I recommend following The Man, Himself on Twitter; he tweets some really great quotes and is a worthy follow for beauty addicts and philosophers, alike.

Thanks so much for stopping by and sharing in my passion.

Just got three more Besame lipstick colors, and these are of the pink variety. Don’t get me wrong- -I absolutely adore my Besame reds- -but it’s high time I gave some of their other hues a shot. And I am really glad I did!

In the photos below, you will see lipstick tubes, lipstick swatches, and a new thing I am going to see if I can stick to: lipstick kiss prints! The Besame colors featured in this review are Portrait Pink, Debutante Pink, and Dusty Rose. 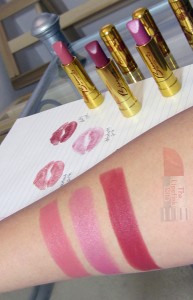 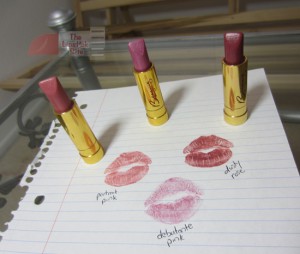 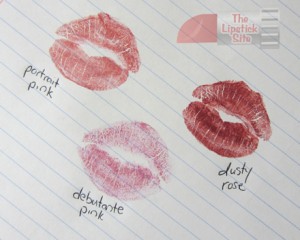 While I do my best to capture the lipstick colors as accurately as possible, it’s kind of hard to do. Every lipstick hue seems to alter appearance considering the time of day, the setting, and the type of lighting, among other factors. My favorite of the three Besame lipstick colors pictured above is Dusty Rose, and yet the photos don’t seem to do it justice. I described it to a friend as “…mauve-esque. Kind of an antique-looking, shabby chic shade of pinkish-brown.” Debutante Pink is also a uniquely gorgeous color; I’d describe it as a pinkish-lavender with a gentle, frosty shimmer. Maybe because a different formula is needed to create the frosty shimmer, Debutante Pink seems more creamy and moist than the other Besame lipsticks I’ve tried. It really is a beautiful lipstick, although I think Dusty Rose looks better on my complexion. Portrait Pink is a more natural hue for my complexion; a soft, pretty pink that doesn’t draw too much attention.

I must have said it before, and I am sure it shows in the amount of reviews I make about the brand, but Besame is definitely one of my top favorite lipstick brands. As far as packaging, cases, color, texture, and fragrance goes, it is just such high quality. Add that to the vintage vibe and uniqueness of the whole Besame cosmetics line, and we have something really special to enhance our beauty and lives with.

For a while now, I have been on the prowl for some kind of metallic-looking lip colors. My dream has, at least in part, been realized with Kat Von D’s “Foiled Love” lipstick colors. The “Foiled Love” lipstick collection isn’t the only one she’s created (there is also the “Painted Love” collection, among others), but it is the only one I’ve been able to sample so far, and I really like what I’ve tried.

From left to right, below, you’ll see Oh My Goth, F.T.W., and Valentine. I believe those are three out of a collection of five “Foiled Love” solid lipsticks, with the other two being Beranice and Forever & Never. 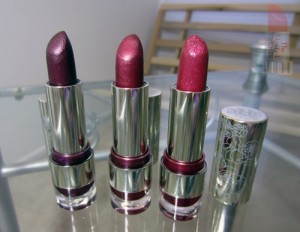 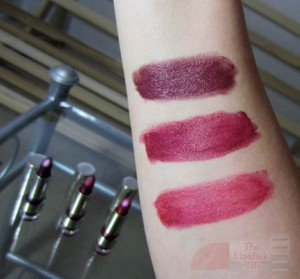 The main reason I like these lipsticks is because I really like the metallic and shimmery effect, which I haven’t yet discovered elsewhere. Oh My Goth and F.T.W. are more metallic than they are shimmery, and Valentine is more shimmery than metallic. At first I favored the more metallic lipstick shades, as that’s what I was looking for. But I ended up liking the shimmery effect of Valentine just as much, depending on my mood and the look I am going for that day.

I find the silver lipstick cases to be very attractive. As for the lipstick itself: the texture is okay, not too liquid-y, maybe a bit dry. To be honest, I’m not crazy about the way this lipstick feels, gliding on. I tend to apply multiple layers of this lipstick, because doing so enhances the desired (metallic/shimmer) effect. I also noticed that the lipstick stays on for a long time (perhaps a positive side-effect of the dryness). I don’t like the smell of the confection; it really doesn’t smell like anything at all other than a little bad. I guess aroma just wasn’t a priority here. And considering the relatively affordable cost of these lipsticks, it’s expected that not everything about the product will be luxury quality. I am truly in love with the unique colors, though, which is why the “Foiled Love” lipsticks by Kat Von D ultimately get a thumbs up, from me.

The only other Kat Von D cosmetics product I’ve tried so far was an absolutely *gorgeous* shimmery purple nail lacquer called Wonderchild. It was the most beautiful nail color, which is why I should have kept it, even when the applicator broke. I could have just crazy-glued the cap part back to the brush part, and continued using the polish… it would have been worthwhile. But I was impatient and threw the whole thing out, thinking that I almost exclusively use shellac nail polish these days, anyway. Still, I’d buy Wonderchild again, and maybe even some of Kat Von D’s other fabulous nail polish colors.

From what I’ve experienced so far, I would recommend Kat Von D’s cosmetic products to people who love unique, fun, and darkly sexy makeup colors. Just don’t expect everything to work perfectly; affordable costs and alternative beauty make up for the other aspects which might be less than luxury in quality.

Thanks for reading,
The Lipstick Lady 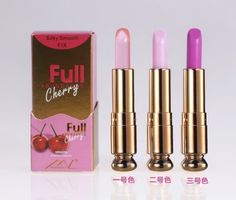 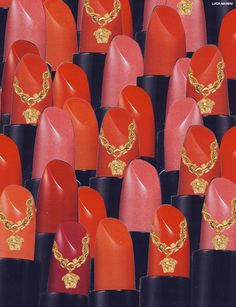 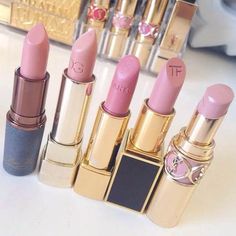 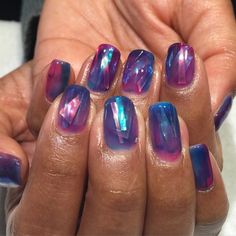 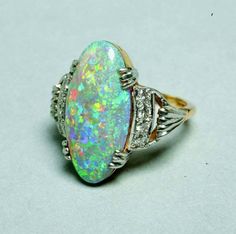 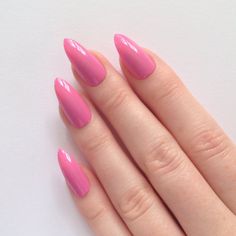 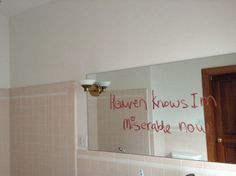 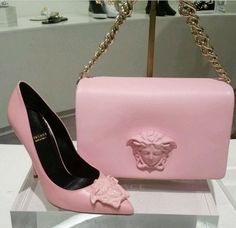 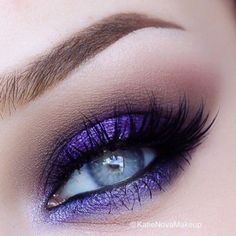 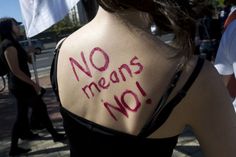 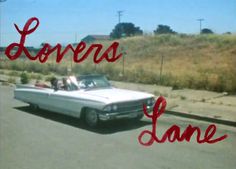 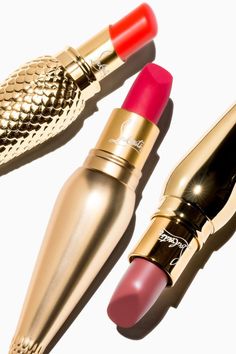 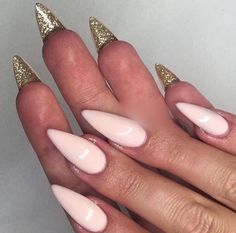 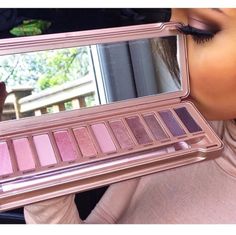 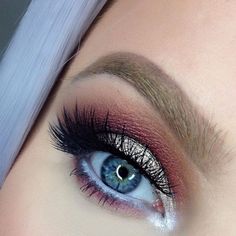 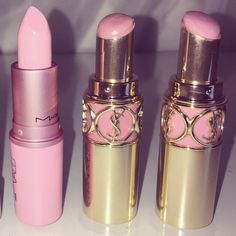 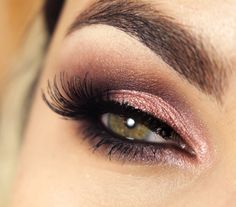 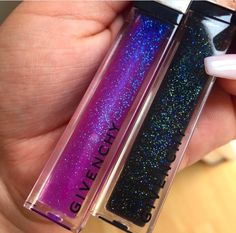 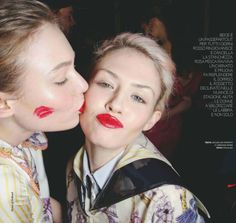